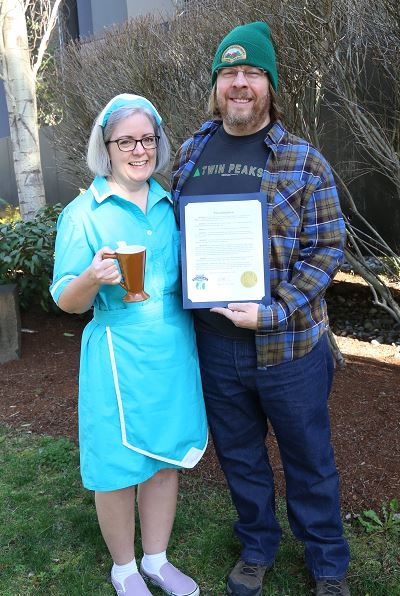 Twin Peaks, the popular television mystery series (1990-1991) and film Fire Walk With Me, (1992), directed by David Lynch, were filmed at locations in Snoqualmie and the neighboring communities of North Bend and Fall City.

After a 25-year hiatus, in 2017, the show returned for filming in and around Snoqualmie.

Fans from the around the world visit Snoqualmie each year to see the show’s landmark locations in the fictional town of Twin Peaks, Washington.

Caption: Marisa and Karl Reinsch celebrating Twin Peaks Day in Snoqualmie with a 2020 Proclamation from the City of Snoqualmie.